This Leg 5 Documentary tracks the fleet as they leave Auckland, the ‘City of Sails’ before starting their epic voyage through the Southern Ocean, rounding Cape Horn, entering to the Atlantic Ocean and finishing in Itajaí, Brazil. Catch all the drama and action as the teams experience the most extreme conditions so far in this race. 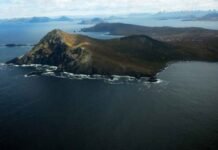